A small provincial town in southern Russia, the 20-ies. It ended the civil war, but to the complete victory of the Bolsheviks still far. In the district are active bandits and five friends, the former red fighters come to them in mortal combat. A missing gold cargo threatens their very friendship.

Suspicion of betrayal and danger of death - not too much for one person?

Song from the movie:


We know of at least three recording "Songs of the ship" Edward Artemiev on poems by Natalia Konchalovsky by Alexander Gradsky. 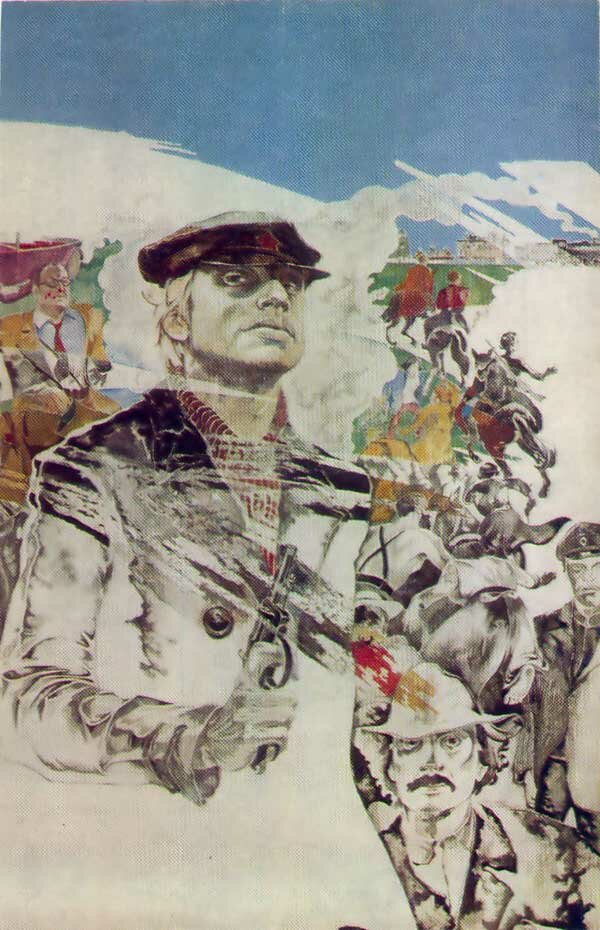 A poster of the famous artist and filmmaker
(including the role of the artist in Berlioz Bortko)
Alexander Adabashyan.